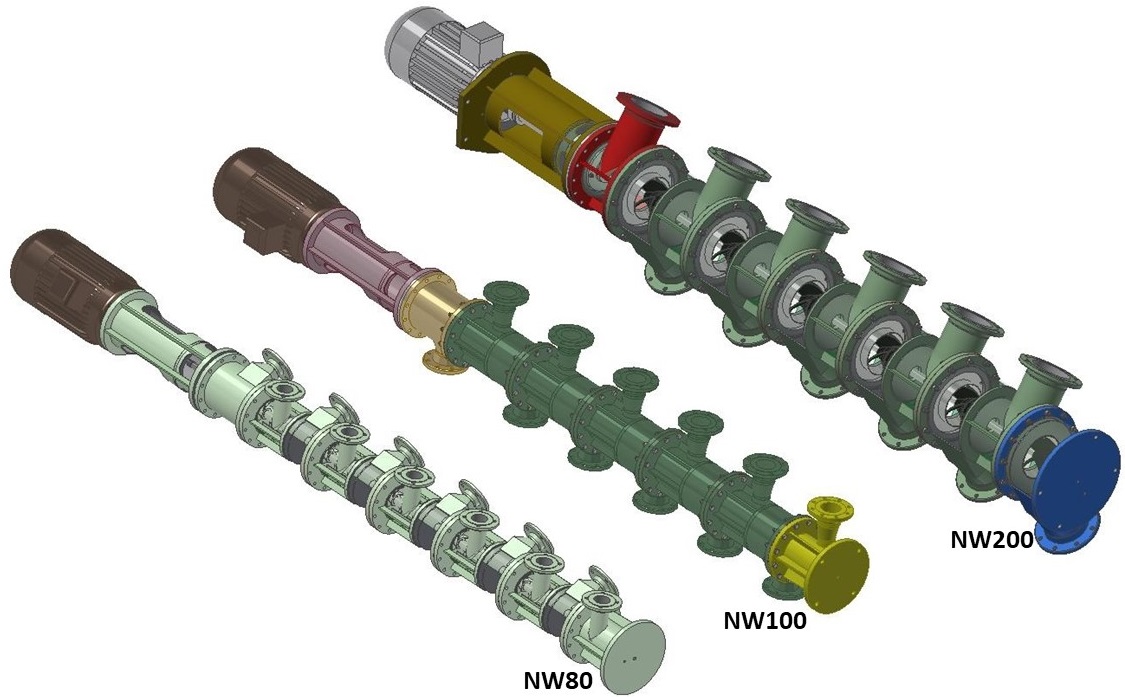 The mixing pump as a feed pump is set up and used in a refinery plant. It is connected directly to the columns of the refinery plant via connecting flanges.

The mixing pump delivers pure liquids that do not chemically or mechanically attack the pump materials. The task of the mixing pump is to transfer benzene, toluene and their derivatives between the column segments (fractions).

The mixing pump is operated constantly at a fixed speed in continuous operation. Due to the design, installation site and task of the mixing pump, no high mechanical loads occur during operation.

The mixing pump is installed and used directly next to the columns of the refinery in the open air. The mixing pump can be used in continuous operation under the following site conditions:

Schäfer Pumpen & Hydraulik’s lightweight pump design means it can be easily adapted to pipelines around the world.

We use cookies on our website to give you the most relevant experience by remembering your preferences and repeat visits. By clicking “Accept All”, you consent to the use of ALL the cookies. However, you may visit "Cookie Settings" to provide a controlled consent.
Cookie SettingsAccept All
Manage consent

This website uses cookies to improve your experience as you navigate through the website. Out of these, the cookies that are categorized as necessary are stored on your browser as they are essential for the working of basic functionalities of the website. We also use third-party cookies to help us analyze and understand how you use this website. These cookies are only stored in your browser with your consent. You also have the option to refuse these cookies. However, opting out of some of these cookies may have an effect on your browsing experience.
SAVE & ACCEPT
Powered by